After 4 months of living in Singapore I figured I've been here for long enough to sum up what I think. Its also the first time I have lived on my own, which I am kinda enjoying although my flat is super hot (no AC in the lounge area). But this is forcing me to aclimatise which isn't such a bad thing, means I can wear jeans to work without feeling like I am going to melt (although I suspect I will suffer when I go home for Christmas).

I had suspected that Singapore would be super organised with orderly queues for public transport, and initially thats what I saw, so was somewhat confused by the need for the "be gracious" song thats played at some MRT stations and on some trains. It basically tells you to wait till everyones off before getting on the train, give your seat to someone who needs it and generally be considerate. Then I travelled at rush hour. Oh my god its madness people will push on infront of you and so that generally means I was last on the train, and yet also seemed to manage to be last off to, as with the station in sight everyone rushes for the door. But rest assured I am giving as good as I get now (especially on a Wednesday when I have my hockey kit with me). Some people really do 'fake sleep' so as not to have to give up their seat!!

Walking can be dangerous....

I know I walk fast, but here I could be an olympic standard walker. People walk quite slowly, especially when getting on escalators, and after a few months I've foud out why. The people who design paths use the slipperiest materials possible so that when it rains it can be like skating. So I am mastering winding my way around people and much to Robs (guy at work) ammusement I always seem to be on the wrong side of the pavement battelling through the crowds. More on my first Singaporean bush walk later.

Still playing hockey and now am trying to learn to play badminton. Hockey as you would expect is hot, but badminton I thought would benefit from being indoors. Well it is indoors but there is no aircon as that could effect the flight of the shuttlecock, so its as hot as hockey. Only far more stuffy, its like wadeing through the air to be able to play.

Food is good though. Hawker centers are cheap and provide a wide choice of food. I am not that adventurous (I stear well clear of the pig organ soup stalls), but I am getting there and now quite happily eat some seafood, including crab. Only really cook at the weekends as I pass by food courts on my way home from work and its cheaper to eat out than cook. Also means I have to battle with the super market less (always a good thing). 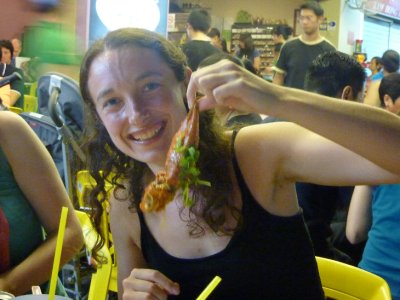 Ok so Singapore is a nice place to live, very easy to get around and very westernised, I do however miss the bushwalking in Sydney. So today being a public holiday I decided to get out into nature a bit and go walking. So I headed to the MacRitchie Reservoir. Didn't really know where I was meant to get off the bus, so being me got off a couple of stops early. Oops, but found a little path that took me down to the reservoir so not too bad. But I did end up doing the walk in reverse, so found myself walking into the crowds. Always the way!!!

The walk started on boardwalks hugging the edge of the reservoir. 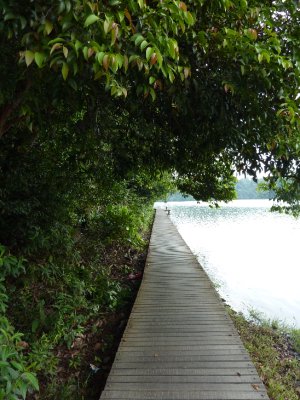 It did end up a little muddy at some points, much to the disgust of some lady walking in the other direction, but it wasn't too bad (and I am not sure if there are leeches here or not, but I didn't get eaten so thats a good sign) 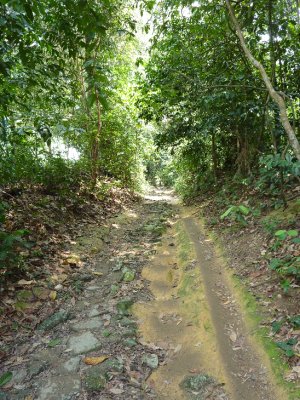 There were monkeys everywhere too. All eagerly waiting for food, but feeding them will result in a $500 fine (Singapore is a fine city), so I snapped one and carried on. 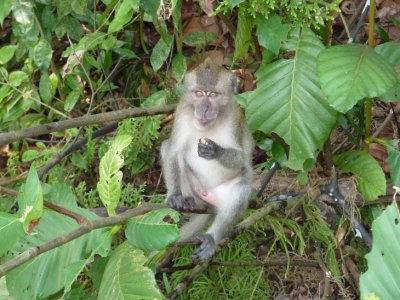 The highlight of the walk is the HSBC tree top walkway, whcih I didn't realise was a one way track will I reached the end of it and had to walk a further 2km to the start and then end up back where I'd started adding sever kms on to my walk (had I been going the right way I'd have avoided the double backing, but it was a pleasant day and not a hard walk so never mind). Hacking up a hill I found the suspended walkway. 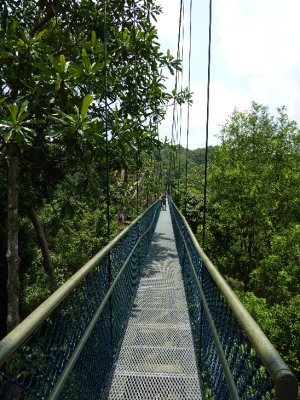 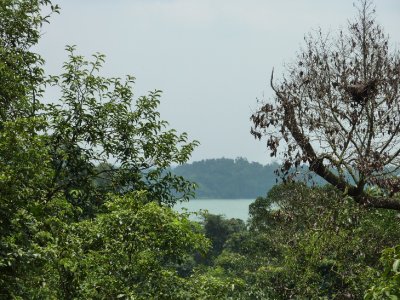 It was ok, and the view was pretty good, but you ended up in a gully and there were an aweful lot of steps to get back to the path. Bu now it was getting hot (maybe I haven't aclimatised)

It was well signposted so there was no chance of getting lost (looking back I liked the mystery of the bushwalking with Tim in Sydney - you never quite knew what to expect, the most awesome swimming pool turned out to be an inch of muddy water and the best cave ever didn't really look like a cave, more of a wall and all this after hacking yourway through sharp undergrowth). This was a very safe gentle walk, although on lady was warning her child about the black hairy leeches, but I'll have to wait till I am bitten to believe that)

Finally I wandered round the lake near my house. It was full of people and is the home of the turtle museum. Some guys collection that got too big for his house so he had to find somewhere else to house it. I can see why the guide books say don't bother heading out to the west unless you are here for a really long time. It was not very exciting (unless you are a mad tortise fan I guess, the pig ones were pretty weird). But its a nice quite place to live with a green view rather than a tower block right outside your window. 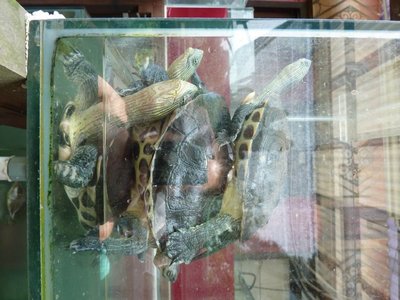 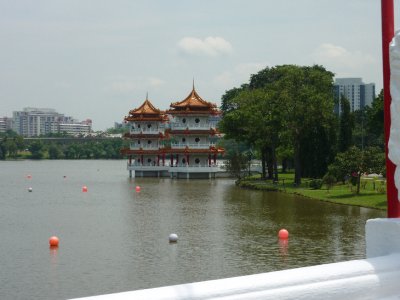 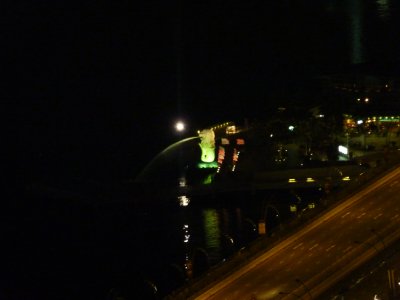 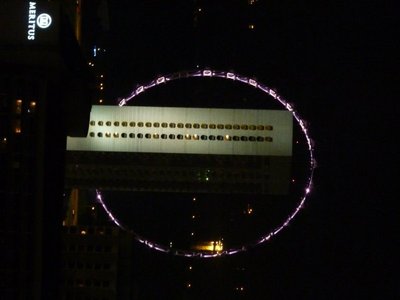 Don't really know where I was going with this ramble, but to sum it up, I like living here its clean and safe and a great place to base yourself for exploring.

This blog requires you to be a logged in member of Travellerspoint to place comments.

If you aren't a member of Travellerspoint yet, you can join for free.